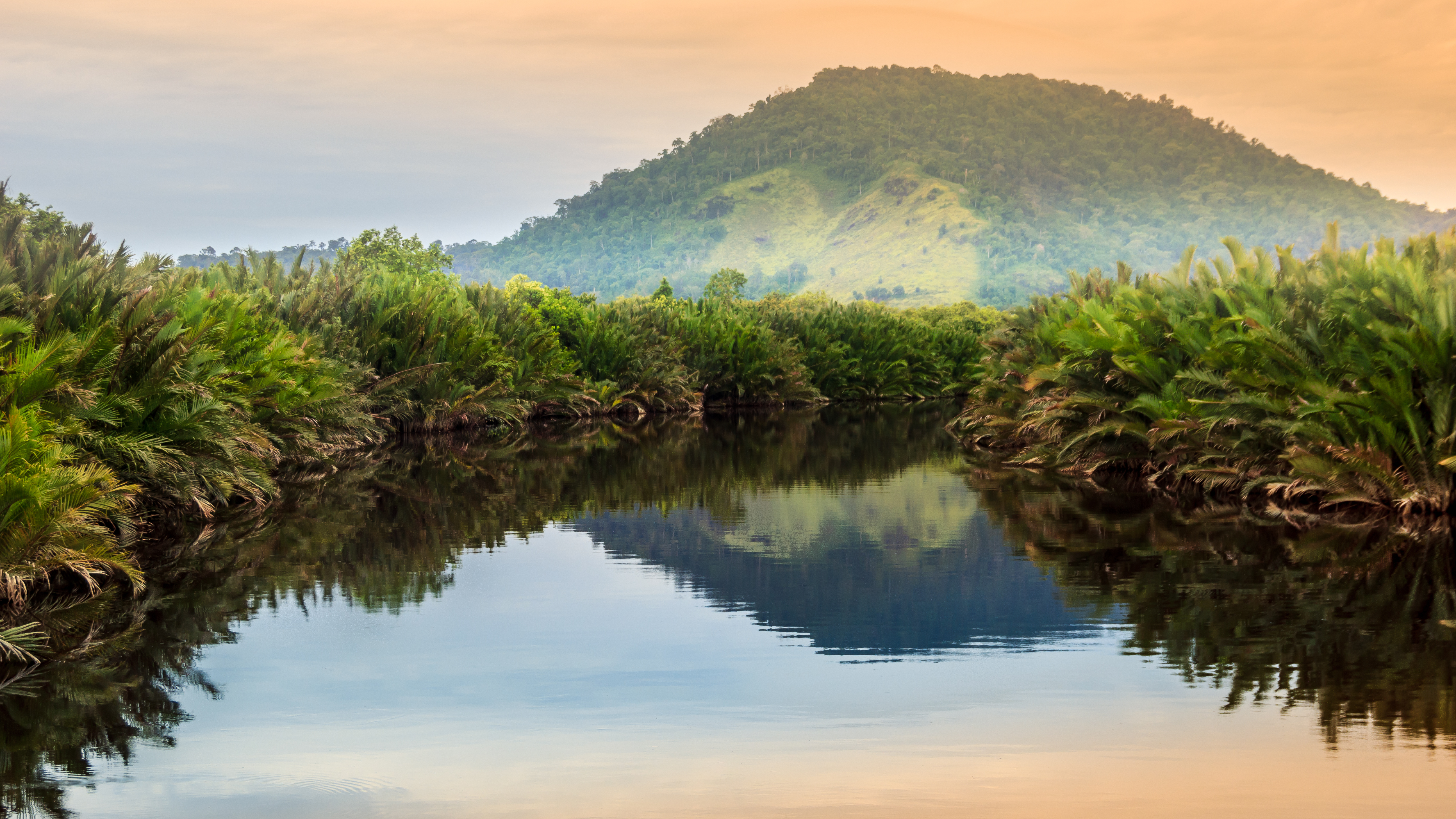 Far from being a small, idyllic island, Borneo is actually the third largest island in the world, dwarfed only by Greenland and New Guinea. So big is it, in fact, that it consists of not one, but three countries.

The vast majority of Borneo is ruled by Indonesia – a huge 70% – while Malaysia occupies 29%, and Brunei takes a tiny 1% of the island.

With three countries vying for control, it’s hardly surprising that the political and cultural landscape is ever changing, which does make for a kaleidoscope of people, beliefs, food, art, history, and more, which is why Borneo is high on so many people’s bucket lists.

However, even though the island is ruled by three countries, it is, in fact, politically divided into four regions, as Malaysia has two states on Borneo – Sabah, and Sarawak, (interesting fact: even though Sabah and Sarawak are part of Malaysia, everyone, including Malaysians, must produce passports to travel from, to, or between the states.)

Borneo covers approx. 287,000 square miles – more than three times the size of the United Kingdom – and has a population of 21.3 million, which, if the inhabitants were spread out evenly, would equate to around 29 people per km2. However, as vast swathes of Borneo are uninhabitable, most of the population lives in the larger towns and cities.

Much of the population live on or around the coastline, because further inland, Borneo is covered in both mountainous (Borneo’s highest mountain is Mt. Kinabalu, which stands at 13,455 ft.), and swamp landscape, making it unfit for human habitation. That being said, inland areas are home to many native tribes, each with their own language and culture.

However, what these areas might lack in people, they more than make up for with rich ecology, with over 11,000 species of flowering plants, and a diverse collection of trees; for example, in one 16 acre area of Borneo, some 700 species of native tree were found (as opposed to the 171 native trees in the whole of Eastern North America), and one of these trees is Kratom.

Always wet, Borneo can usually expect between 150 and 200 inches of rain every year, with monsoon season falling between October and March.

Kratom is abundant in Borneo, in no small part because of the wonderful climate. Much of the year, the island basks in temperatures exceeding 90 degrees Fahrenheit, producing a warm and wet climate, which, along with soil which is rich in nitrogen, makes for the perfect growing ground for the tree.

For a long time, Borneo’s main export was rubber, and palm oil, but with demand for this dwindling, Kratom has become a mainstay of Borneo’s income.

Because of the climate, the rainforests of Borneo produce most of the island’s Kratom crops, and, in particular, a remote town called Kapuas Hulu, which is at least 12 hours away from the nearest town. Thanks to the rise in demand for Kratom, Kapuas Hulu has enjoyed something of a gold rush, with wealth pouring into the town in recent years.

However, although the export of Kratom is still legal on Borneo, consumption is not, whereas the Malaysian and Thai governments (also native Kratom producers) have made both distribution and export illegal, too.

Because of the wide variety of climates and growing conditions throughout Borneo, different strains of Kratom have different benefits, depending on which region they are grown in, but Borneo Kratom is renowned for its higher levels of alkaloids, including 7-hydroxymitragynine, one of the key active components found in Kratom.

Although it is undoubtedly your interest in Kratom which has brought you here, Borneo is an island well worth learning about for its own sake, as few places on earth are as varied and diverse as this beautiful tropical paradise.

I absolutely enjoy just reading through all your posts